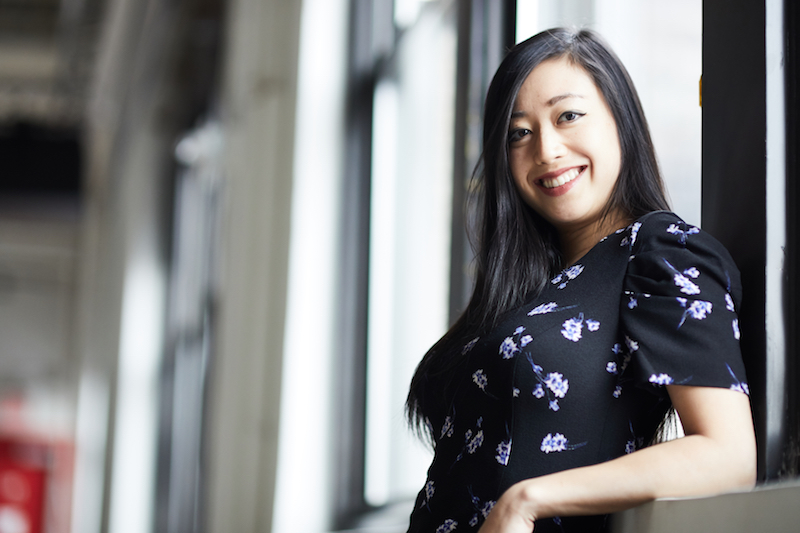 Elite athletes are known for their work ethic, their endurance, their passion, and their unparalleled drive to achieve. So, it’s not that surprising that an All-Star gymnast would be drawn to the cut-throat, sink-or-swim world of tech entrepreneurship.  But what would happen if that elite athlete was a female in a male dominated sport—what challenges would she face? How would she do things differently? And what can we learn from her about how she sees the world?

Meet Lisa Wang, a Hall of Fame and four time United States National Gymnastics Champion, Yale Graduate, Forbes 30 Under 30, Host of Enoughness Podcast, and CEO of SheWorx, a global platform that empowers female entrepreneurs. Lisa is no stranger to achievement — but that doesn’t mean she hasn’t had to work for it every step of the way.

In fact, Lisa’s entire life would have been completely different if it weren’t for a pivotal moment in the third grade. Tired of choosing her courses last simply because her last name was at the end of the alphabet, Lisa (at nine-years-old), rallied her fellow classmates and persuaded her teacher to let the second half of the class choose first. She chose rhythmic gymnastics for her course of choice. Her determination and desire for equality started her on her path to athletic glory and would continue to drive her education and career as well.

After retiring from a successful career in gymnastics, Lisa went on to attend Yale University.  Upon graduation, she was immediately recruited to be an analyst by a top New York hedge fund. Despite her coveted role, Lisa realized she was happiest when she had independence and creative ownership.  Lisa began her path to becoming an entrepreneur and soon realized that path was not for the faint of heart.

While many may assume the dedication of an Olympic athlete is unparalleled in the business world, Lisa recognizes parallels in the grueling work that goes into every startup. She faced a seemingly never-ending uphill battle that began the moment she set out to raise funds for her first tech startup. It became apparent very quickly that the investor landscape was predominantly male (94% to be exact).  Given that only 17% of female-funded companies receive venture funding (and only 3% to those with a female CEO), Lisa knew that the odds were stacked against her and she would face serious challenges ahead.