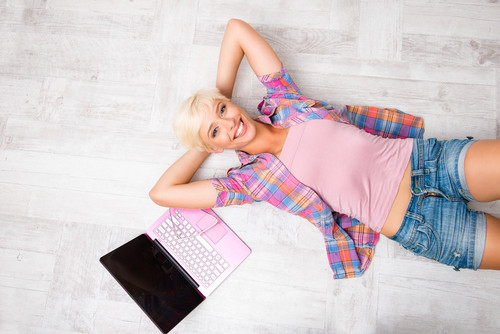 Is It Possible To Have Ambition And Balance?

Jeanne Robb, Director of Global Corporate Events at Cisco, started her career like many of us–with a rejection. She had always dreamed of becoming a physical therapist, but after receiving a B- in Biochemistry, she decided that physical therapy was not in her cards and changed course to become a teacher instead.

One summer, a friend’s mother invited Robb to come work with her at a technology company. She reflects back on this opportunity as a gift. “I now consider my manager Gale to be my mentor, but at the time, I was truly afraid of her–of upsetting her or letting her down–of having her think she made a mistake in taking a risk with me. She was the hardest person I ever worked for, but she unwittingly set me on the path that I’m on today.”

At the end of that summer, Robb was preparing to return to teaching when the President of the company asked her to stay on as his administrator. Robb was flattered but was even more surprised when Gale told her that she was too talented to just be someone’s admin assistant. Instead, Gale created a position just for her. Robb smiles, “She obviously saw something in me that I didn’t see in myself.” She took the position and has never looked back.

With humor and humility, Robb recalls her various managerial positions over the years—overseeing everything from trade shows and shipping to managing wet labs with doctors at UCSF (she jokes she was known as the “pig eye princess” because she was in charge of ordering eyeballs from slaughterhouses and having them shipped all over the country). In each new situation, Robb learned on the fly so as not to disappoint her supervisors. While her initial reaction was one of self-doubt, she was always determined to figure things out. Since there was no Google upon which to rely at that time, Robb tapped every resource possible including her vendors, reading up on events management at her local library, and listening to her intuition successful.

She explains that she made so many mistakes along the way (for instance, setting up the booth backward or locking her keys inside a rental car while it was still running—with her President, manager and fellow co-workers in tow)—but never made the same mistake twice. Looking back, Robb realizes that the learning lesson was not how to avoid crises, but rather how to handle them well. She explains, “Stop running around like your hair is on fire–just because it is, doesn’t mean everyone needs to see it!”

This strategy served Robb well over the years, helping her to acquire new skills and rise in the ranks. Today, Robb leads Global Corporate Events at Cisco, which is a big job—but one for which she is extremely grateful. She acknowledges that her passion for her position drives her to work harder—but sometimes to a fault. A few years back, Robb’s friends and family actually had an intervention for her because she wasn’t sleeping well or taking care of herself. She realized that she needed to make some changes in her life and started to experiment with cutting back on her hours. Shockingly, no one noticed these small tweaks in her schedule, but they made a big difference to her quality of life. Slowly she began to build other healthy habits—like taking short breaks for walks or Pilates, refraining from emailing her employees on Sundays, and being more mindful of her own (and others) downtime—that have actually improved her perception as a leader. She also keeps a close watch on her team, encouraging them to disconnect when they are off the clock; if they find themselves having to work, she pushes them to take another time to make up for it.

While career ambition and work-life balance can appear to some as an oxymoron, Robb knows first-hand that success is driven not by the time that you put in but rather by the choices that you make with your time and energy. By leaning into her health and happiness, Robb found a way to use her resourcefulness, tenacity, and drive to make the workplace better for all.