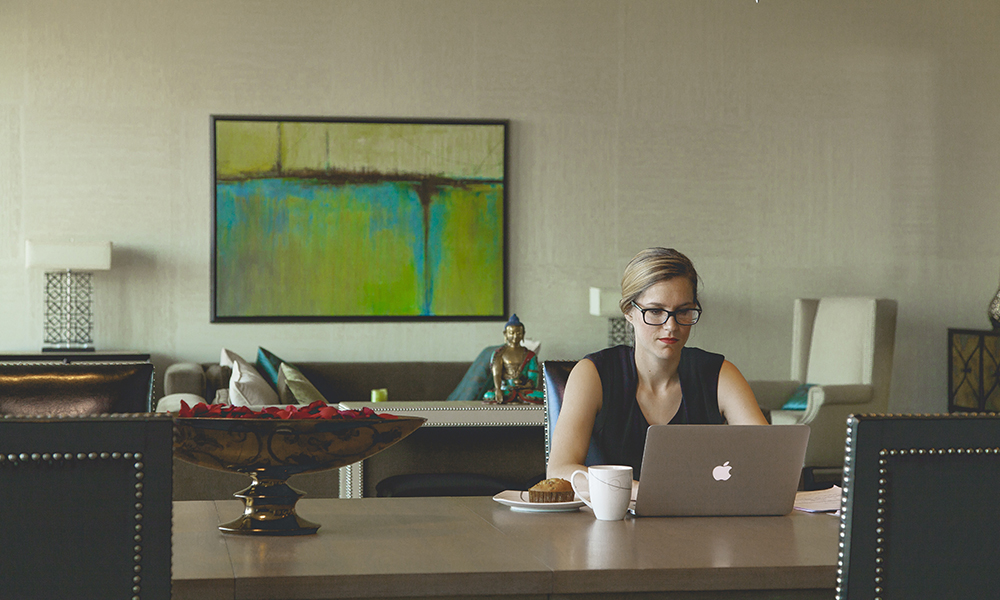 FORBES: Understanding the Deeper Stories of Women Execs in Tech

FORBES: Understanding the Deeper Stories of Women Execs in Tech

Three months ago, ex-Google employee James Damore published his highly criticized manifesto about why women are not biologically fit for tech roles.  In doing so, he unintentionally did women a favor.  He created a lightning rod that has brought unprecedented attention to the struggles of women in technology and encouraged droves of women to find the courage to come forward with their stories of sexual harassment, discriminatory hiring practices, unequal pay, and more.

While these stories give us snapshots into the challenges that women in the field face, we would be remiss to simply push for different hiring quotas for women without answering the underlying concerns and misconceptions about women in the field:

Why should there be more women in tech? What do women uniquely bring to the industry?  Who are the women who are leading the tech industry?  How did they get there? What challenges have they faced?  Who or what helped them rise above the odds?  What attitudes helped them to cut through the clutter to get things done?

As a recent CNN headline story shared, women in technology want to be known for so much more than landing a job title or being the face of a sexual harassment case.  They want to be seen as inventors, innovators, and thought leaders in the field. It’s time to amplify these voices and share a broader perspective.

To that end, over the next few weeks I’ll be highlighting the stories of female leaders within the tech industry whose stories give context and insight to these questions, starting with the inspiring, thoughtful, and thought-provoking CEO of RoboTerra Inc., Yao Zhang.

Yao Zhang, founder and CEO of RoboTerra, was once told by a colleague, “Yao, you walk so fast, you talk so loud. You are more man than a man!” “What does that mean?” she asked. To which her colleague responded with a knowing shrug and a sheepish smile, “You know, you’re so bold…”

Yao explains that, for men, boldness is a desirable quality indicating a willingness to take risks without fear of failure; however, for women, boldness is perceived as arrogance or lack of regard for others needs and emotions.  Is it possible for a woman to be a boss without being “bossy”?

While these questions nagged at the back of Yao’s mind, she didn’t have time to perseverate on them. She had a goal in mind and a passion to pursue it.  Born and raised in China, Yao had a grandmother who was completely illiterate, but who taught her the importance of education.  Yao became fascinated by how education could be improved and made more accessible for all.

Yao came to the United States to study education and applied economics at Columbia University. However, in the midst of her studies, she had the opportunity to co-found a startup that was directly in line with her calling:  At the young age of 25, Yao put her Ph.D. on hold to launch Minds Abroad, a student management software suite for study abroad programs. Within a short period of time, the company was making $1 million in revenue each year and Yao experienced a newfound sense of financial freedom.  She could go where she wanted, do what she wanted, afford what she wanted.  But she soon realized that owning a lot of things didn’t actually make her happier.

At the age of 28, Yao returned to finish her degree and take time to contemplate her next steps.  Within just two years, Yao had found a new sense of purpose and direction. Witnessing the advances in small quantity prototyping and the Internet of Things, Yao saw an opportunity to bring hardware innovations into the classroom by creating robots using a curriculum that taught engineering, coding, and design. She teamed up with two Stanford graduates (who had worked at Tesla and Apple respectively) to launch RoboTerra in January 2014.  Today there are 70 people working with over 700 schools in 30 different countries.

Yao explains that “To start something big, you have to be bold.  Very, very bold.”  The choices and sacrifices that she had to make were very conscious, but she recognizes that they are not for everyone.  Randi Zuckerberg once said that for startup founders to be successful, they can only have three out of five life components: work, sleep, family, fitness or friends. For Yao that meant consciously cutting friends and social gatherings out of her life for 1-2 years. She acknowledges that although her choices are not for everyone, now is the time to pursue her dreams.  Of course, someday she wants to get married and have a family, but for now, she will freeze her eggs, continue her innovative work, and wait until the time is right for the next chapter of her life.

While Yao has been incredibly successful, she admits managing people is the trickiest part of the job.  She has incredibly high expectations of herself because knows what she is capable of handling. For instance, during U.S. holidays, Yao would often fly to the RoboTerra offices in China to maximize her work time. Similarly, when there was a Chinese holiday, she would hop on a plane back to the U.S. Her co-workers dreaded these flights because they knew they would be flooded with emails once she landed. Yao’s co-founders eventually had to hold an intervention for her because she was unknowingly running her team into the ground. Some people said to Yao, “you listen to people, but you don’t hear them. You have to change.”

While it was painful to hear this, Yao began to gain a new self-awareness about how she perceived herself versus how others perceived her. She was shocked to realize that her strong work ethic was actually making her team less effective. For instance, after four years of deep investment in her startup, Yao had never taken a single day of vacation.  Until that point, she had always reasoned, “Why would I? I like what I’m doing and have things to do”. Finally, her co-founders forced her to go on a two-week European vacation because she was wearing them out.  Sadly, Yao’s vacation was interrupted by a major manufacturing problem that required her presence back in China, but the few days she spent atop Mount Blanc helped her gain a new perspective that she plans to carry with her into the future.

Yao chose to share this story with readers on Forbes because she wants to help other entrepreneurs to think about what makes them happy.  Having a strong work ethic does not always mean that you will be successful because success isn’t just about meeting benchmarks and goals. It’s about people too. However, if you are brave enough to know what you want, then don’t give up when faced with challenges — work through and learn from them. Then, take a moment to clarify your direction, and just get there.