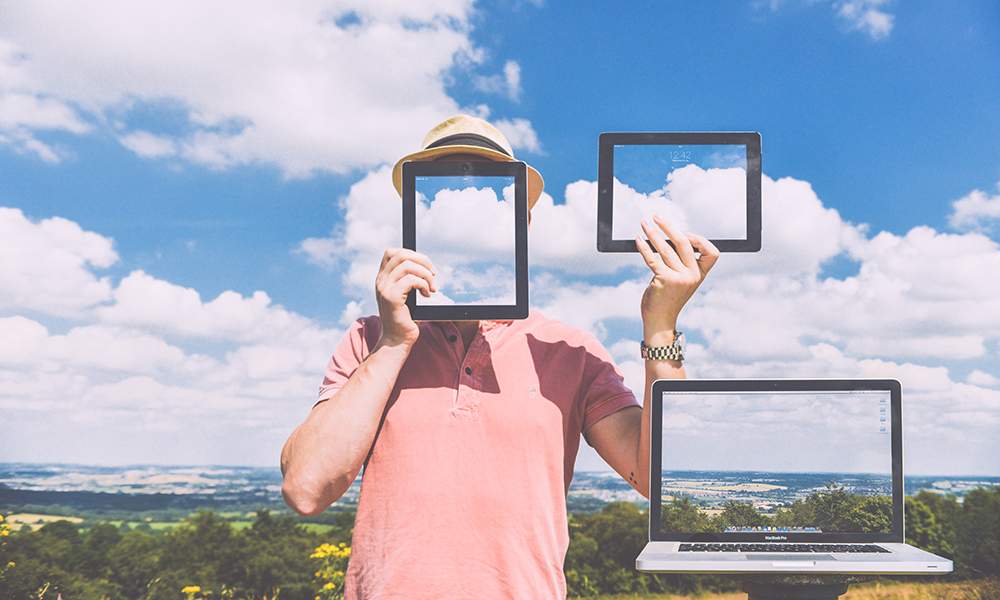 Why “Untrained Brains Are A Bit Like Puppies,” And How To Put Together the Building Blocks of a Smarter, Happier Mind

Why “Untrained Brains Are A Bit Like Puppies,” And How To Put Together the Building Blocks of a Smarter, Happier Mind

As a child, I was convinced that my dad just went to work to play. My father was a neuroscientist at Baylor University, and his office was full of brightly colored blocks to test intelligence, books by MC Escher to study perception, and even a soundproof room covered in blue foam that I thought was for gymnastics (but later learned was for studying brain waves during sleep). My favorite room in the office, though, was a computer lab down the hall labeled “Play Room.” In this small closet of an office, there were three computer stations featuring the latest technology on the market. In 1985, when I was barely five years old, I remember sitting on my dad’s lap as he taught me how to fill a screen on a Mac Classic with a fence-like pattern and then print it out on a space-age dot matrix printer. I was fascinated. We literally believed that computers were just fun puzzles to solve, and we would explore every menu item and button until the screen froze, then turn off the computer and slink out of the room as if nothing had happened.

What we didn’t know at that time was that we were part of a new generation growing up believing that computers were tools for exploration and adventure, and that our mindset of curiosity and exploration was actually a critical component in developing an ability to absorb information and innovate. As we look to the future, having a growth mindset about how technology can help us understand, routinize, and reinforce positive behaviors will undoubtedly be intertwined with our ability to strive after our potential.

No one understands this better than the faculty and students at the MIT Media Lab in Cambridge, MA, who aim to open the public’s mind to coming possibilities. In the spring of 2016, I had the opportunity to visit the gorgeous museum-like Media Lab facility, which is like a modern-day digital playground. I met with Javier Hernandez, a PhD student in the Affective Computing Group, to pick his brain about how technology will shape the future of happiness. Hernandez was part of a research team that developed the MIT Mood Meter, which was intended to be an artistic installation representing the mood of people on campus. As individuals passed one of four Mood Meter locations, they could see themselves on the large screen while a computer algorithm analyzed the intensity of their smile. Instantaneously, their image would appear as either a neutral face or smiley face. Data was then collected in real time over ten weeks to explore trends on questions such as, “Do midterms lower the mood?”; “Does warmer weather lead to happiness?”; and “Are people from one department happier than others?”

While the digital playground can be awe-inspiring and fascinating, it also presents new challenges that we must learn to overcome. Our decision-making can either derail us or drive us toward our potential. We can use persuasive technology and positive psychology in tandem to elevate our mindsets and begin to benchmark change for sustainable growth.

Untrained brains are a bit like puppies, developing “a mind of their own” and causing a cascade of consequences. If you have ever raised a puppy (or a child, for that matter), you will understand how shocking it can be when your adorable angel first gets that glint in his or her eye. I remember the morning that this happened to me with our new puppy. I was running late for work, and my puppy was taking an epic morning stroll to find the perfect spot to do her business. The moment that she finished, I swooped in impatiently to pick her up, but she looked me square in the eye and did a side-lunge-juke to evade me, then squeezed through my fence and dashed into my neighbor’s muddy garden with the joyful bound of a gazelle. I chased after her; I scolded her; I even tried to trick her into coming with a treat. But in that moment, I realized with chagrin that I had never bothered to teach my puppy the all-important recall command “come,” as in, “come here right now, darn it!” I had underestimated my puppy’s growing mind and the need for attention training.

Likewise, we fail to train our brains to “come” when called, assuming that our minds operate on autopilot and will act in our best interest. Yet, as we all know from personal experience, when challenges come, our bodies aren’t always well-trained to respond on command. Sometimes our bodies take over, resorting to a “fight or flight” response, and instead of behaving in our best interest, our mind turns into a mischievous gazelle-puppy-on-the-run. In theory we would like the mind to listen to us obediently, but in fact it will not—chiefly because we have never taught it how. We either didn’t even know it was possible or had no idea how to do so.

Fortunately, the last two decades of research in the field of positive psychology have revealed that training our brains is not only possible, but that doing so can actually change the shape and function of our brains by improving neural plasticity (you can, in fact, teach an old dog new tricks), increasing gray matter (the density of brain cells that drive how fast you can move, learn, and sense things around you), and strengthening neural networks (the pathways for our brain to talk to itself and the rest of the body). The best part is that you don’t have to be a neuroscientist to start training your brain, nor do you need sophisticated equipment.

Believing that your behavior matters is at the heart of training your brain. While this idea is not new—numerous scientists, religious gurus, and thought leaders have preceded me in espousing this idea—the Digital Era has opened a new frontier of understanding how we can get strategic about brain training by using technology to reinforce positive behaviors in our lives.

–This is an excerpt from The Future of Happiness: 5 Modern Strategies for Balancing Productivity and Well-Being in the Digital Era, (BenBella, April 2017), by Amy Blankson. Amy’s new book brings her years of experience in happiness research and consulting to deliver a roadmap for those feeling overwhelmed by the wave of technology. She has a BA from Harvard and a MBA from Yale School of Management. She has been called upon by the likes of Google, NASA, the US Army, and the Xprize Foundation to consult on positive psychology strategies.